“Sadly young girls are kidnapped for sexual slavery every single day, even more sad is this rescue is as rare as finding cheese on the moon.”

The first time Blue Dragon arranged the rescue of a trafficked child, back in 2005, I assumed that this was how “anti-trafficking” worked. Organisations rescued people who had been trafficked. But as the commenter above points out, it’s actually extremely rare. 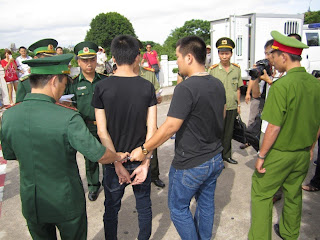 However, I have come to be a big believer that rescue work is critical to the anti-trafficking movement. I would even go so far as to say that rescue is the best prevention.

How can that be!?

Here’s what a rescue does.

First, it locates a person who is being held against their will and has called for help – and gets them home. There is no underestimating the human value of doing that.

And fourth, when a trafficked victim is returned home, an entire community is educated. In central Vietnam, Blue Dragon has observed that once we conduct two rescues of children from a particular village, that village will almost certainly have no more trafficking.

This is all a long way of saying: rescues are really, really important.

An Australian charity, The Big Umbrella, has just launched a campaign for Blue Dragon to conduct even more rescues. They are looking for 147 people to donate $1 per day for a year. 100% of the money will fund the rescue of children, teens and young women trafficked into sweatshops and brothels. 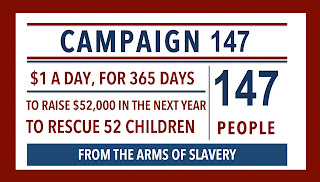 This is a practical way to help out, if ever you’ve wanted to be involved in rescuing trafficked kids.

And now for a mea culpa! Recently on Facebook I posted that Blue Dragon has rescued 313 children and young adults from trafficking. The correct number is 297. We mistakenly counted some of the people we assisted post-rescue, but didn’t rescue ourselves. Apologies for the error!
Crisis / Resolution →
×
View by:
We use cookies to ensure you enjoy the best browsing experience on our website.
By continuing to browse our site you are agreeing to our use of cookies. Please read our Cookie Policy.