A week of loss and hope

The past week at Blue Dragon was an emotional roller coaster, with some wonderful highs and some terrible lows. Such is the nature of our work.

We were very sad to lose one of the Blue Dragon girls, 19 year old Nguyen Thi Hai Yen. Yen has been with Blue Dragon since 2006, as she suffered from an auto-immune condition called lupus. Although Yen has been independent of our financial support since the start of this year, she remained good friends with us all and was still a part of the family. 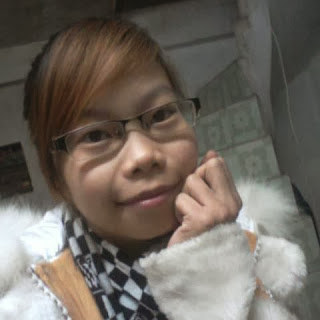 Perhaps the hardest part of being at Blue Dragon is attending funerals. Over the past 10 years I have been to many, and all have been full of young people mourning the loss of a mate. Bringing comfort to children bereft is gut-wrenchingly difficult, and it doesn’t get easier. Yen’s younger brothers and sisters are badly torn by their loss; having lost their mother some years ago, the loss of their big sister will be a pain they carry for a long time.

Yen’s funeral was held on Thursday, the same day as Vietnam’s Full Moon Festival. And so we had the awkward task of accompanying kids and staff to Yen’s funeral and then organising a major party for almost 100 children at Dragon House a few hours later.

The party was a great success, with food and singing and games. We were incredibly fortunate to have support from some local businesses to provide the kids with gifts and moon cakes: Soft Water, ILA and ANZ Bank Vietnam all contributed to make sure the children were well taken care of. Even some of the teens who had earlier attended Yen’s funeral joined the party, and it was nice to see them able to put their worries behind them for a short time.

The week finished with another significant development in the fight against human trafficking in Vietnam: a court case of three traffickers in Yen Bai province. Blue Dragon found and rescued one of their victims from China back in April; she had been kept against her will in a brothel for about a year, but was finally able to make a call for help and so we went to bring her home. Her return to Vietnam meant the police could take her statement, and so they swiftly arrested her traffickers. Another trafficking ring broken.

This case was important for several reasons. For Blue Dragon, it was the first time our lawyers have represented a trafficking survivor in court, and we were very pleased with the outcome: substantial financial compensation for the young woman, and hefty prison sentences for each of the traffickers.

But the case itself was rather special. Normally, major cases such as this are heard in provincial capitals, which are often quite far from the villages most impacted by the trafficking. This time, the judiciary arranged for a circuit court to be held, which meant that the whole process took place in Van Chan district – nearby the homes of the traffickers and their victims. Over 200 people turned up to watch the case, despite torrential rain. This was a big deal for the local people, and no doubt will be the talk of the town for a long while to come. Any would-be traffickers in this area now have cause to rethink their actions. 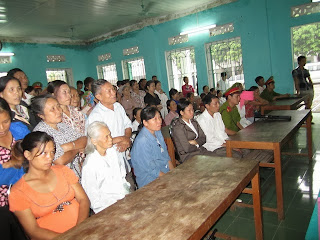 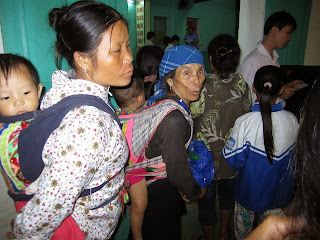 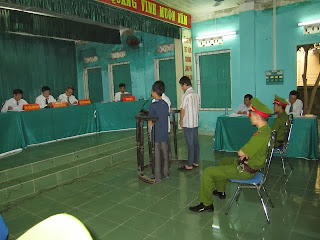 These events of the past week are a reminder of the importance of Blue Dragon’s work in Vietnam: not only for the broader issues, such as the fight against human trafficking, but also for the impact we are having on the lives of children and their families.