Bao and the DJ

A few months ago, I had never heard the name ‘Hardwell.’

I had no idea that he was the world’s Number 1 DJ, and I hadn’t even heard of electro house music.

And yet, on Sunday last week, I joined a crowd of 13,000 – mostly young Vietnamese – to pack out a stadium in Saigon and ‘make some noise’ under the spell of Hardwell.

It was an amazing show; absolutely full on with lights and video stunning the crowd. But to be honest, I wasn’t there for either the music or the show.

I was there with a 16 year old Blue Dragon boy, Bao, who sees Hardwell as his idol.

Bao has had a tough life. He doesn’t talk about it much at all, but life has not been easy. He’s moved from home to home, he’s quit school, he’s faced a lot of struggles.

And yet Bao has kept right away from trouble. Most teens in Hanoi in his position would have quickly fallen in with the wrong crowd, joined a gang, and taken to motorbike racing at night. But not Bao. He made a personal commitment to me about 3 years ago that he would stay out of trouble, and he has.

Instead, he’s taken to music as his way of expressing himself. A brilliant DJ named Luke spent time with Bao, teaching him all the basics and letting him find his own ‘musical voice.’ Despite being only 16, Bao is now an accomplished DJ with a mastery of all the technical skills that any DJ has.

When Hardwell was announced as coming to Vietnam to play a huge gig, Bao straight away knew that he wanted to go… but being at the other end of the country, that seemed unlikely. However, Luke knew the organisers of the concert, and they invited Bao to not only attend, but to meet Hardwell in person!

So Bao and I spent the weekend in Saigon. We even had the unexpected treat of being invited to stay at the Caravelle Hotel, one of the best hotels in the city! Unbelievable!

The big moment came when Bao and I were accompanied backstage to Hardwell’s room. Bao’s heart was just about beating out of his chest – this was his dream come true! 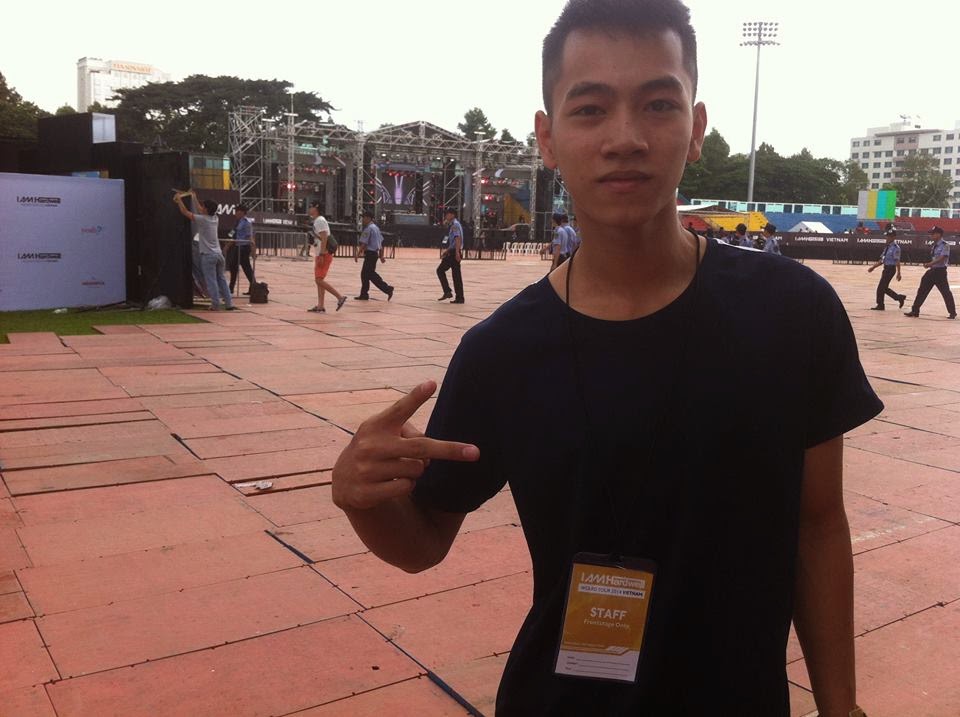 And Hardwell didn’t disappoint. He was incredibly kind, taking time to chat with Bao and find out about his life. It all went by too quickly, though, and soon we were back out in the crowd. 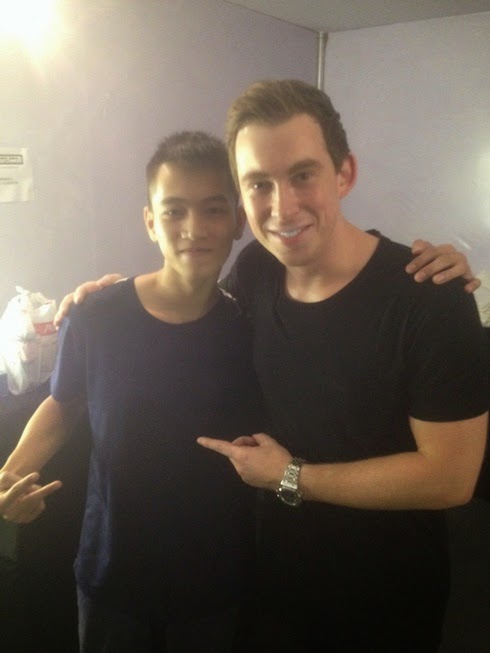 But those moments will live with Bao for a very long time. He has a new confidence and inner strength now: he has looked his idol in the eye, shaken hands, and exchanged smiles. Nothing’s impossible now.

Electro house DJ parties may not be quite my thing, but I was more than happy to spend a night being overwhelmed by noise and flashing lights for the joy of seeing Bao at the top of the world.

Often my blog is a place for me to share the stories of hardships and sorrow. But today, Bao’s story is one of great happiness and hope. Through the tough teenage years he’s kept on track and worked toward a goal; now he’s inspired to dream big and maybe, just maybe, become a famous DJ himself.

And it makes me think: If Bao, with all his troubles, can reach for the stars, then what excuse do I have?