“Hong” grew up in a small town on a high mountain in north-west Vietnam. She had never travelled far from home until the day one of her friends – a woman who lived just down the road – told her about a high-paying job as a mushroom farmer in China.

Hong was excited to have a job opportunity for the first time in her life. But much to her horror, there was no farming job at all: her “friend” had arranged to sell her to a Chinese family, where both the father and the son used her as their bride.

As difficult and terrifying as this life was for Hong, she succumbed to it until something even worse happened. She fell pregnant to one of the 2 men, and the family announced that they wanted her to abort the unborn child.

After all the pain and anguish that Hong had been through, this was too much; she decided that she wanted to have this baby, that her son or daughter should have a chance at life. In desperation, Hong cried out for help; the Blue Dragon Rescue Team went in to China, found Hong, and brought her home.

“Tuan” grew up in very different circumstances, but also with great hardship. He’s now just 14 years old, but was orphaned as a child, grew up in central Vietnam in extreme poverty, and in 2013 went to work over 600km from home in a factory. He went because he thought he had no other choice.

Life was bleak at home, but it was worse in the factory, where he worked up to 18 hours a day in dreadful conditions. But then in 2014, Blue Dragon visited the factory where Tuan was working, learned his story, and brought him home.

How do young people like Tuan and Hong ever get their lives back on track? Is it even realistic to think that they might have a normal life again after experiences like these?

In all the time I have been in Vietnam, one of the constant surprises has been the resilience of the young people we meet. Despite the extraordinary hardships that they may be in at the time we first encounter them, many of the girls and boys make the most unlikely comebacks, and find a way to carry on with life.

Hong is living in her village once again, and is now the proud mother of a little boy. Her son, conceived in the worst of circumstances, has the most loving mother that any child could have. Blue Dragon has just built a house for Hong, as her own house was in great disrepair, and we are in contact with her just about every week. She’s working from home, thanks to an inexpensive sewing machine, and has the support of her community. A visitor to her village would never guess the horror that Hong has lived through.

And young Tuan is also back on track. He’s in Grade 5 now, living back in his village with an aunty, and he tells us that he loves studying art, IT and English. A couple of  weeks ago, he received a certificate from his provincial government for his graphic design work. How amazing is that! 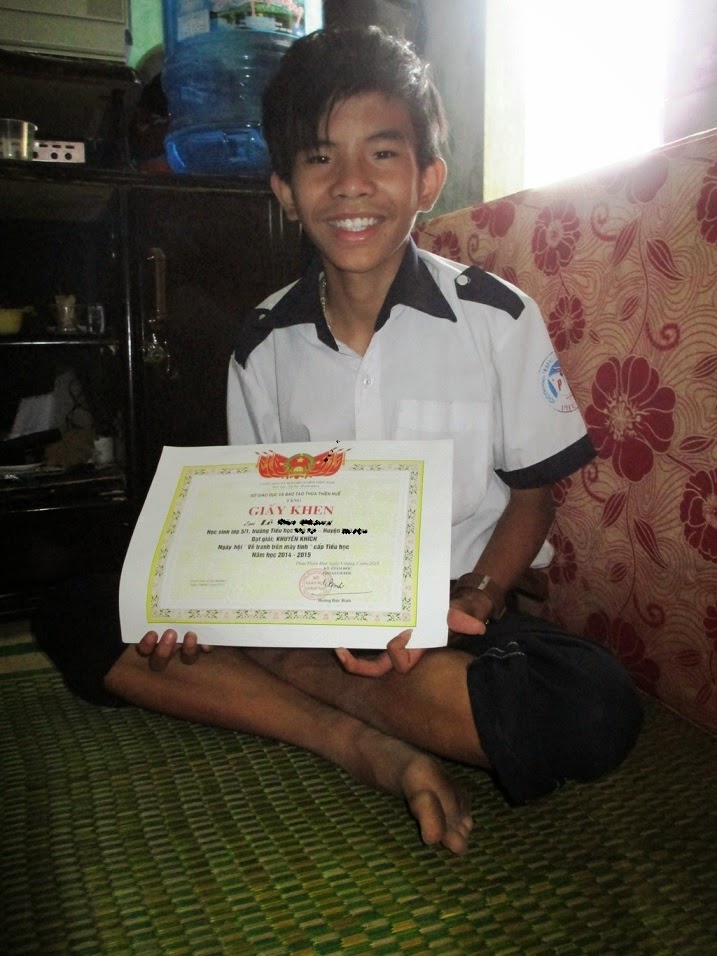 Not every young person like Tuan or Hong is able to make such a comeback – some take many years to repair the damage that has been done to them, and some might never fully recover. But there is hope, strong hope, that kids who have been through the worst of the worst can still turn their lives around.

And if there is hope, then aren’t we obliged to give them that chance?

← What can be done News Roundup: March 2015 →
×
View by:
We use cookies to ensure you enjoy the best browsing experience on our website.
By continuing to browse our site you are agreeing to our use of cookies. Please read our Cookie Policy.