This photo was taken in China on Friday by a member of the Blue Dragon Rescue team. 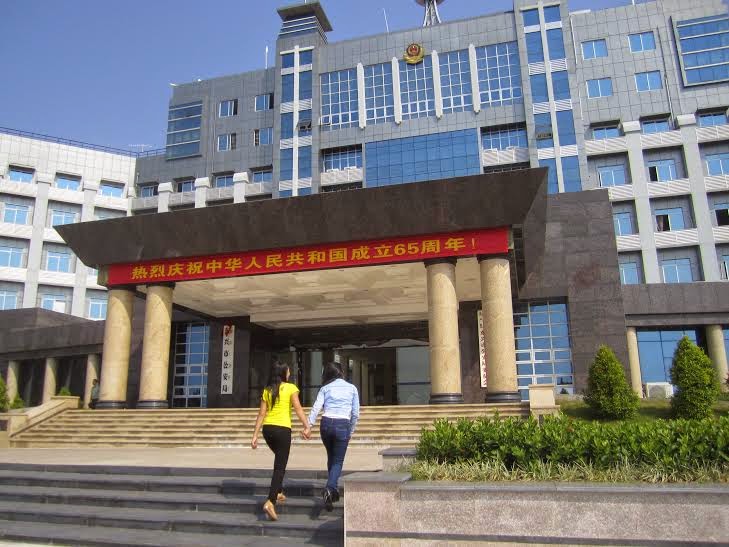 The girls are Vietnamese teens who were trafficked at different times and by different gangs for sale to the Chinese sex trade. One girl, aged 16, was sold to a brothel. The other, aged 15, was sold as a bride.

Last week, Blue Dragon worked with Chinese police to first rescue the younger girl, get her to safety near the Vietnamese border, then return inland to rescue the girl in the brothel. On Friday, we were back at the border with both girls, helping them to make their formal statements and prepare to cross back into Vietnam and begin the journey home.

They met on Friday for the first time.

This brings to 352 the number of kids we have rescued from trafficking. Boys and girls, as young as 11, trafficked and sold to work on the street, to slave away in garment factories, to be repeatedly raped daily in Chinese brothels, or to be forced into marriages with complete strangers.

352 is a decent number. But data can easily hide us from the reality of trafficking, which is deeply personal.

It’s personal because the impact on a victim’s life is something only they can know, and which will live with them forever. No matter how much they say, nobody else can know what it was like to be deceived and sold like a farm animal for another person’s profit or pleasure. Most traffickers are known to their victims; they are friends or relatives or associates. They use trust as a weapon, and in so doing destroy their victims’ belief in other people. Data deflects us from the intensely personal nature of this crime. Human trafficking, for whatever purpose, is a crime against humanity.

But for all of the agony that these teen girls have suffered, this photo gives us a reason to smile.

Having barely met each other, but being connected by a shared pain and also a shared story of being rescued and set free, the girls are on their way to make a formal police statement. And what are they doing? Hold hands and smiling.

What they have experienced has been horrific beyond imagination, but they are not alone. They have each other, and they have a hope that they will soon go home to see their family and friends, and all the people who love them.

Over recent months, human contact has been brutal and forced. By lightly and naturally reaching out for each other, and holding hands like kids do, these girls have won a victory over their traffickers and all who would do them harm. They may have been beaten, but they are not defeated.

Good on you, girls.Your pain may be deeply personal, but you are not alone, and great hope lies ahead.

← The vomit number A rapidly growing mess →
×
View by:
We use cookies to ensure you enjoy the best browsing experience on our website.
By continuing to browse our site you are agreeing to our use of cookies. Please read our Cookie Policy.