When Blue Dragon’s rescue team receives a call for help, we start an investigation immediately.

Investigations sometimes take just a matter of hours or days. And sometimes, they take months.

On Thursday, one of our longest running investigations came to an end, when we located 14 children enslaved in 2 garment factories in Ho Chi Minh City.

Among them, there were 8 girls and 6 boys, the youngest just 12. All were from ethnic minority communities in Dien Bien province, a remote area in the country’s north-west.

They had been locked away for between 8 months and 2 years. During this time, they had no contact with their families, who thought their children were going somewhere not too far from home for vocational training.

In both factories, conditions were severe: the children were working for up to 18 hours per day under threat of violence. In one factory, a system of surveillance cameras throughout the building added to the children’s fear. 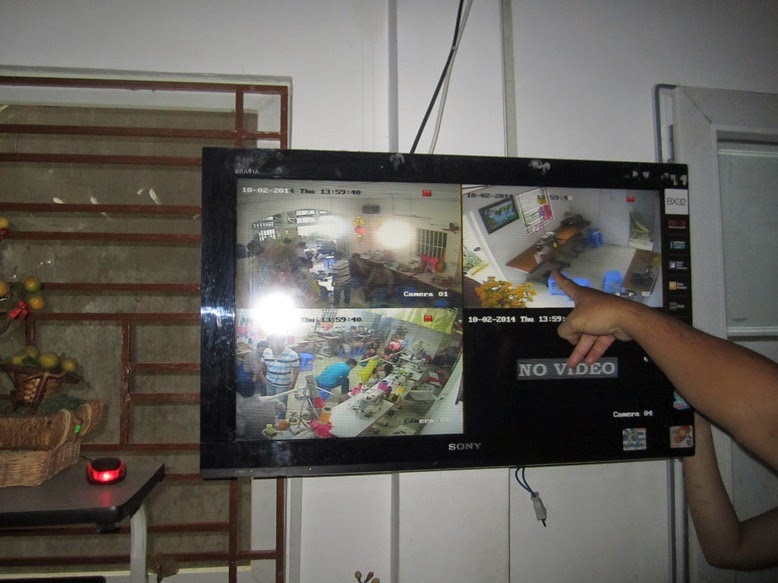 Children from Dien Bien province are being targeted by human traffickers because they are an impoverished and vulnerable population. Their parents, who commonly speak very little Vietnamese, are easy to deceive with promises of a better life for their families. They don’t know that their children will be taken 1,200km away and put to work through the day and night as slave labour. 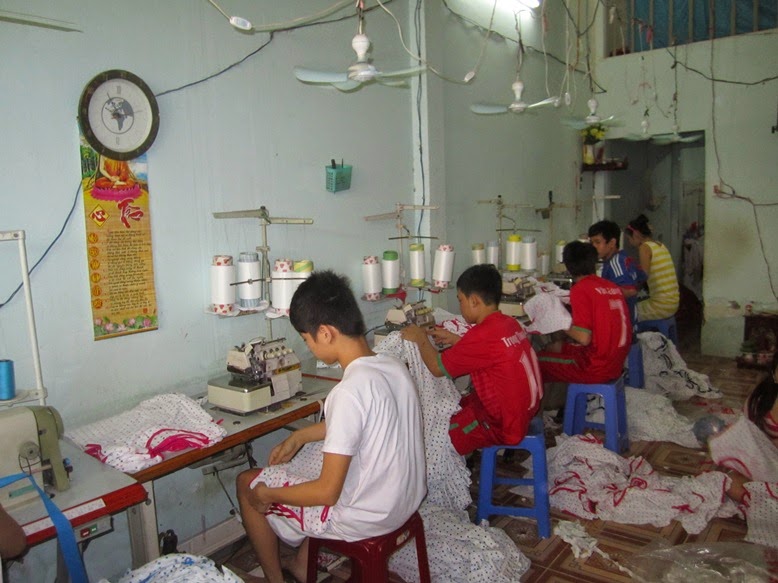 Blue Dragon has been working with the Vietnamese police to find these kids, and the joint raid on the factories was a brilliant example of what can be done to fight this insidious crime.

The problem of child trafficking sometimes seems overwhelming: but hard work and dedication really can result in children being rescued and traffickers being caught.

Since we started this work in 2005, we’ve rescued 350 girls, boys, and young women, from factories and brothels. All of our rescues are in response to specific calls for help. And every rescue has played out very differently.

Despite working on this case for over 2 months, we feared that we would not find all of the children. On Thursday morning, we had located one of the 2 factories, and so were ready to free half of the children we were searching for. But we couldn’t find the second factory; and as soon as we raided one, we knew that the word would get out and other traffickers would scramble to hide their children. We had to find and raid both factories at pretty much the same time, or risk never finding the other kids.

While the police conducted their own search, one of the Blue Dragon team (I’ll call him “Lim”) took to the streets to look around himself. As the afternoon wore on, he was becoming increasingly agitated:

What if we couldn’t find all of the children? How could we take only half home? What would we say to the parents of the missing children?

Finally, overcome with stress, Lim found himself vomiting by the side of the road. It was all just too much.

But as he picked himself up, something strange caught his eye: a phone number scrawled onto a wall.

In Vietnam, it’s common to see phone numbers on walls – contractors advertise their services this way – but this phone number was not like those. It was handwritten; and its prefix was for Dien Bien province. 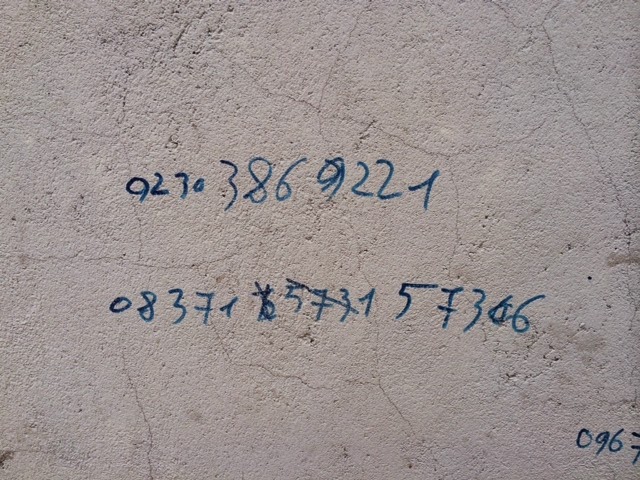 Still feeling sick, Lim took out his phone and rang the number. Somebody at the other end picked up the phone and said: “Hello, this is Dien Bien police…”

We still have no idea who wrote that number, or why. We can only presume that an escapee from a factory in the area at some time needed to remember the number, or maybe put it there for others to find. We simply don’t know. But finding that number told Lim that we were close. He was in the right area. He called the police to come immediately; within half an hour they had located the second factory.

All 14 children could now be rescued.

Today, the factory owners are in custody and the traffickers are being sought. And most importantly: the 14 children have just had the best night’s sleep of their lives, and are thinking only of their desire to get home to their families.

Once they have made their statements to the police, the children will commence their long journey home with Blue Dragon staff by their side. We’ll meet their families and find out how we can help to ensure their villages are no longer targets for the traffickers.

I’m sure that much work lies ahead – and that it will all be worth it, to give these 14 children their new chance at childhood.

← Bao and the DJ Hold my hand →
×
View by:
We use cookies to ensure you enjoy the best browsing experience on our website.
By continuing to browse our site you are agreeing to our use of cookies. Please read our Cookie Policy.