At age 11, “Binh” was working on the streets of Hanoi.

During the day he would go to school, but at night he would be out selling trinkets by Hoan Kiem Lake, along with his mother who kept a watchful eye over him. Binh enjoyed the freedom of working on the streets, but he wasn’t there for fun: he was there to help his family pay the bills.

When Blue Dragon met Binh in 2011, he was eager to join our activities and grateful to receive financial help so that he didn’t have to work any more. He was able to focus on his studies, and took up some sports such as kung fu and dance.

Anyone seeing Binh at the Blue Dragon centre would see a boy full of life and happiness. His smile dominates his face, and when he’s dancing on stage or in front of a crowd he energises everyone in the room. 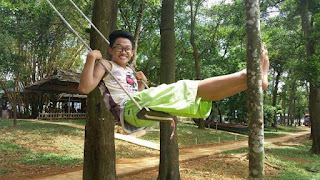 But something has been bothering Binh for a couple of years.

Underlying his happy demeanour has been a concern for his family. He has been worried that, while he is learning and having fun, he hasn’t been sharing the burden of caring for his mother and sister. Even though he is still a teen – soon to turn 17 – he feels the need to start a career and begin earning a salary.

And so, at the start of July, Binh took up an apprenticeship in a local restaurant. The owners are well known to Blue Dragon and wanted to give Binh a chance, so we knew he was going in to a job where he would be well trained and well looked after.

A month on, Binh is still beaming that huge smile. He loves his job, he feels empowered to now be supporting his family, and he is still taking part in the dance and sports activities at Blue Dragon. He has found the path that he wants to be on. 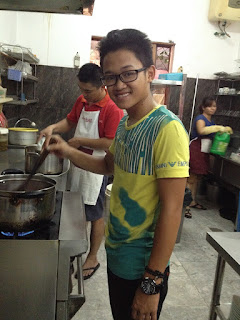 Transitioning from being a ‘street kid’ to being a full time student and then on to an employee is never easy. It takes a lot of determination and a lot of hard work. But for Binh, so far all the signs are good that he is going to give this his best.

After his first day at work, he went home and wrote on Facebook: “From today, I will change.” He wanted to tell the world that he is growing into a young man who cares for others, looks after his family, and makes a contribution to society.

And doesn’t the world need more people like that?