It’s wedding season in Vietnam; the moon and custom dictates that this is a good time of year to marry, and so throughout the land couples are getting hitched everywhere you turn.

Blue Dragon has not been immune to the buzz. Two of our ‘old boys’ have married in recent weeks; both young men who once needed help to get out of poverty but who now are doing tremendously well for themselves. One runs a mobile phone shop, and one works at Blue Dragon helping street kids. 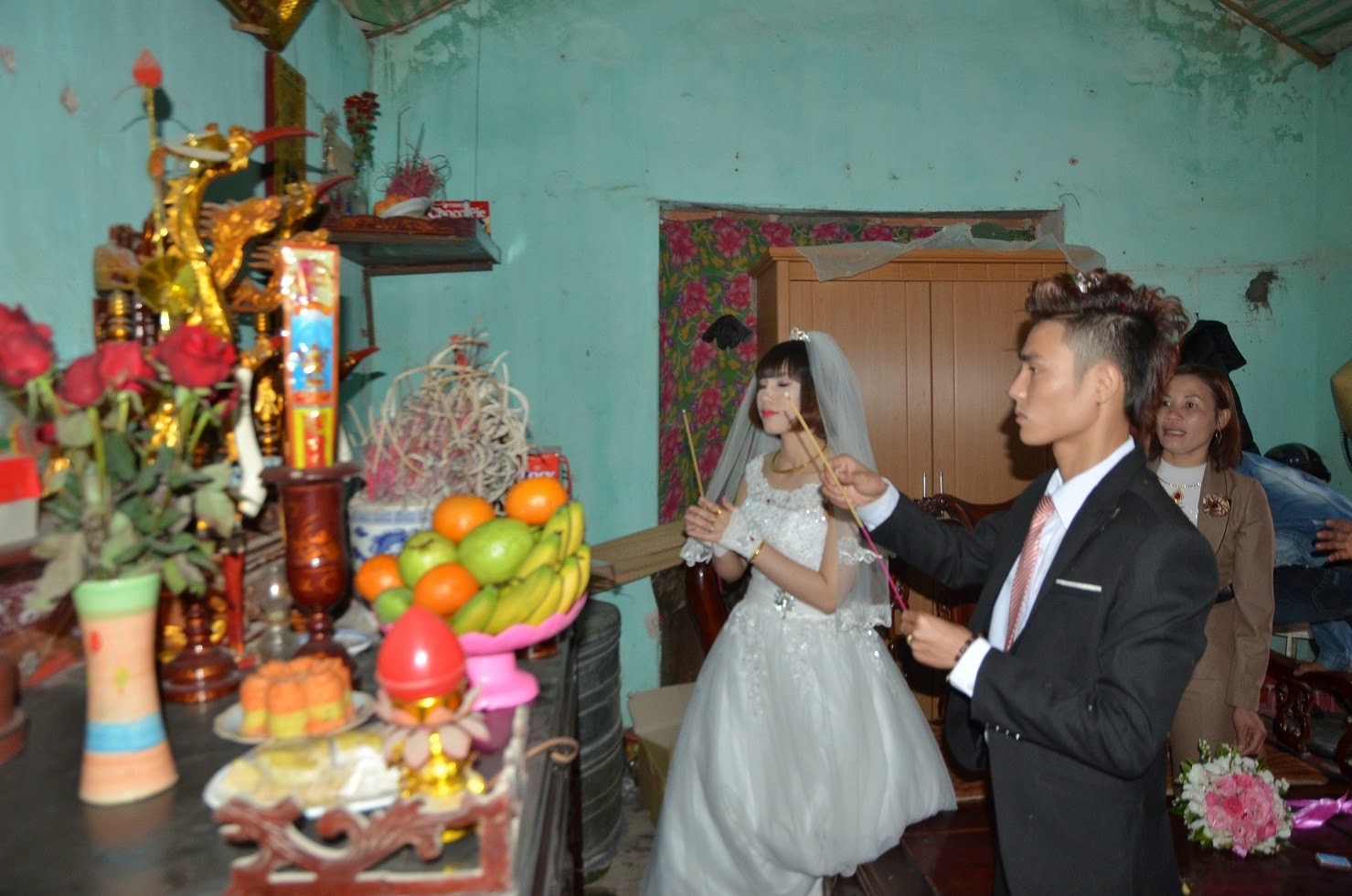 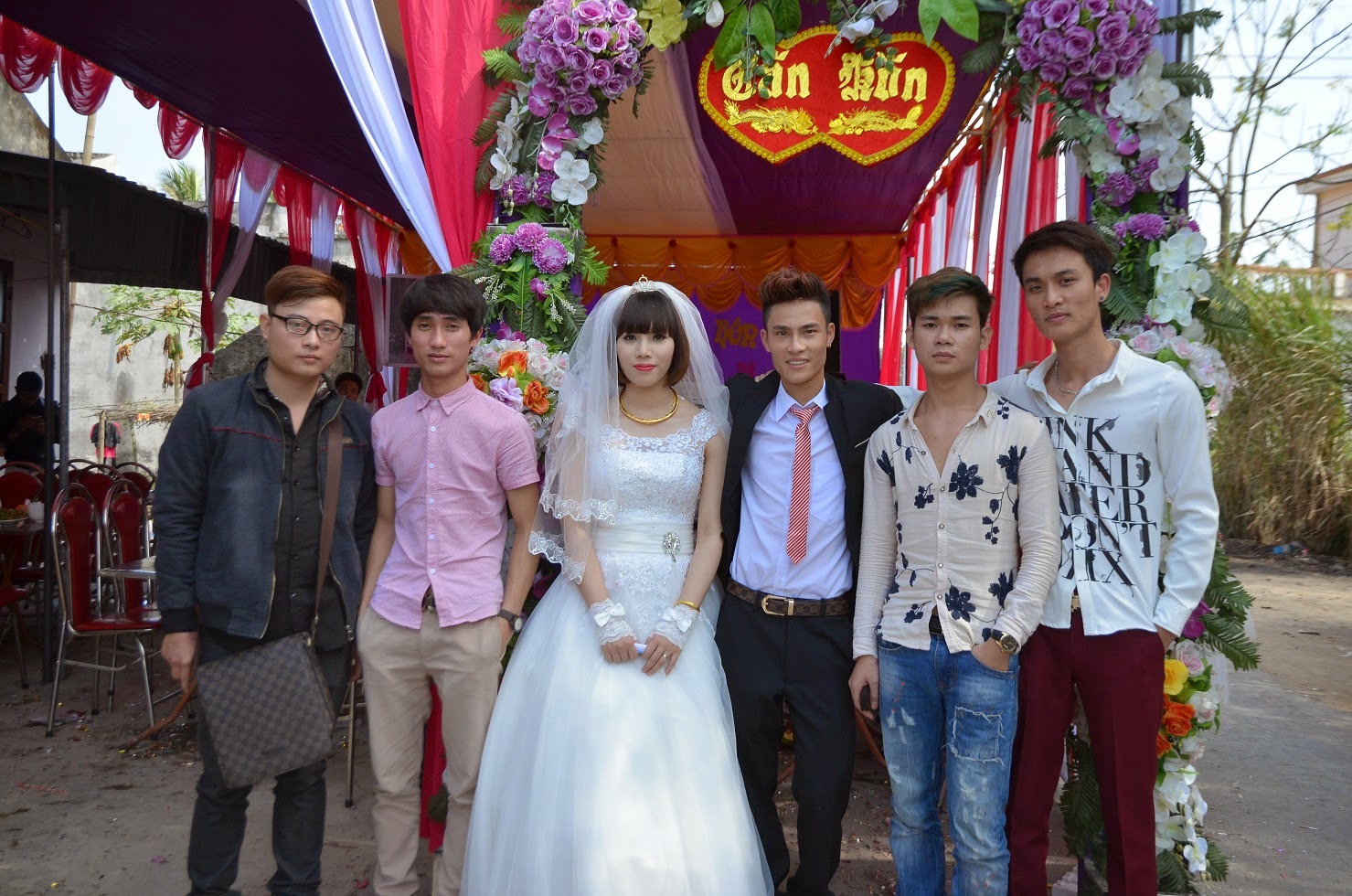 I love going to Vietnamese weddings, and yet would dread to have my own. As a guest, the wedding is a simple party: you turn up and eat, then leave. No fuss about buying wedding gifts, either; you just put some money in an envelope and drop it in the box on the way in.

For the couple getting married, it’s another story. Months of hard work to meet cultural and social obligations, and in the end many of the decisions about how the day goes fall into the hands of elderly relatives and fortune tellers. There’s an endearingly perverse sense of controlled randomness about how everything is going to work.

As a foreigner, attending a Vietnamese wedding can vary between bewildering and hilarious. At one of the recent weddings, Blue Dragon’s DJ boy Bao Bao played electronic music for a hugely energetic crowd of young adults – all under the watchful eyes of Joseph and Mary and their baby Jesus. Rather a contrasting set of images, which absolutely nobody cared about. 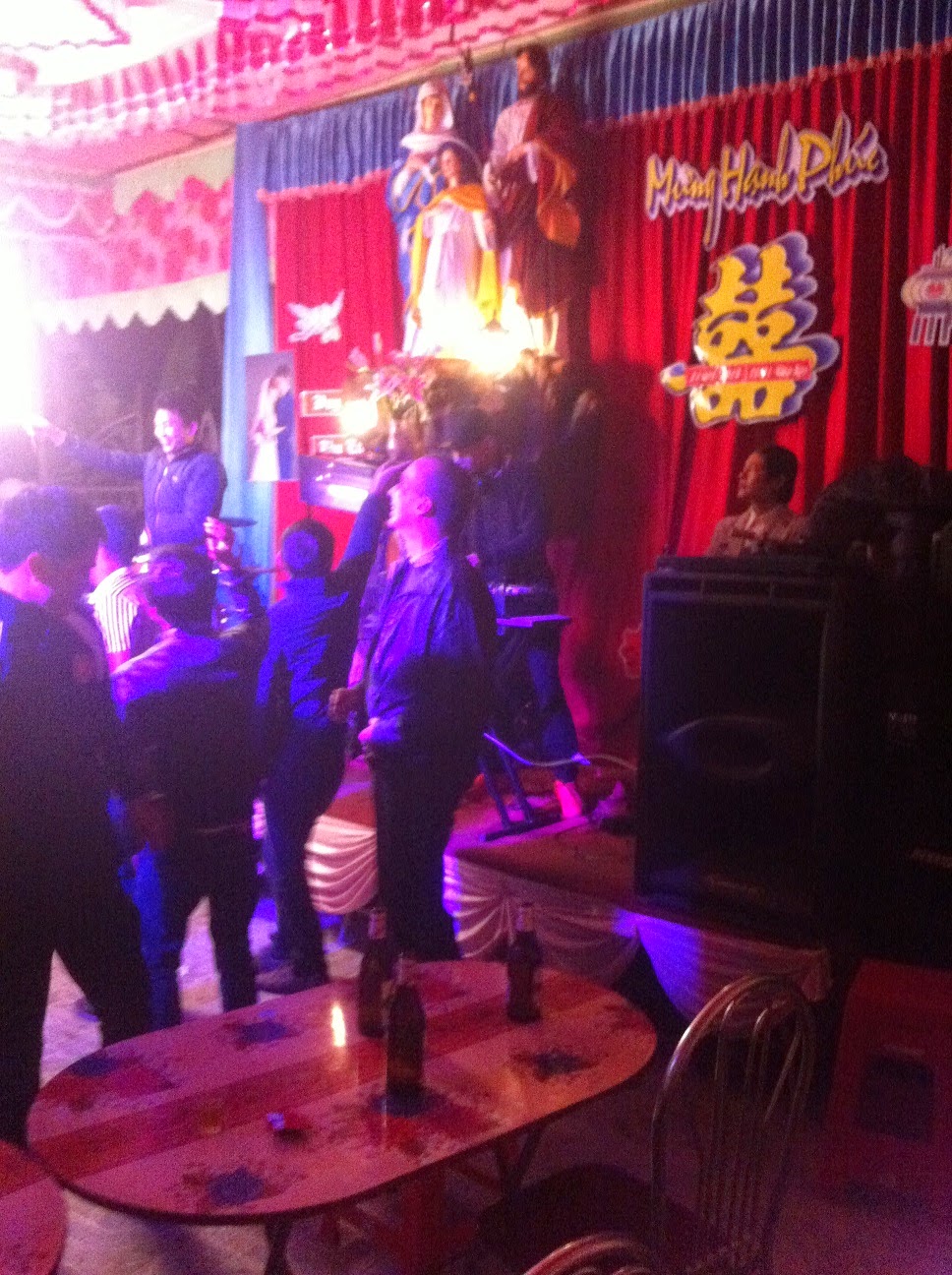 At another wedding, the singer was a local guy who performed a song which was meant to be sung by a male and female duet. But not to worry: he simply switched to a high-pitch to sing the female lines! It was so bizarre and unexpected that we couldn’t help roaring with laughter. I couldn’t shake the memory of the puppets from Sifl and Olly – watch at your own peril.

Despite all the wacky “what on earth!?” moments, there has also been something deeply moving about these weddings. Every time one of the older boys or girls from Blue Dragon gets married, the event turns into a massive reunion at which kids and staff, both current and former, all get together to celebrate.

Young men and women who once worked on the streets of the city or were trafficked against their will but are now leading independent lives turn up, and it’s as though no time at all has passed since we last met. Even those who got themselves into trouble, or left Blue Dragon to return to the streets, join in and there’s no judgement or awkwardness: we’re all united in celebration.

In the case of our staff member recently marrying, so many kids attended that we needed 2 buses to get them all there!

As an organisation, we often talk about ourselves as a family; and these occasions confirm that yes, we are more than just a legal entity with staff and policies. Blue Dragon really is something special.

As abruptly as it started, wedding season will soon end. I can’t wait for the next round of marriages, and for all the get-togethers with kids new and old.