Lots of great news from Blue Dragon this week.
Followers on Facebook will know that we had 2 separate breakthroughs in the fight against human trafficking. A tip-off from a community member in Dien Bien province – a remote area in north-west Vietnam – alerted us to a major trafficking ring planning to take 100 people to China.
The plan was to take them in smaller groups, and the first of those groups set out on Thursday with 27 people. They were all ethnic minority citizens, as young as 15 and up to about 30 years old; both males and females. and all believed they were going to well paying jobs. In fact they were to be sold as slave labour to illegal factories and brothels, where they would be held indefinitely. The traffickers were to be paid $10,000 for this shipment of human cargo.
Blue Dragon passed info on to the police and then coordinated with them to stop the bus long before it got to the border. The traffickers are now in custody and their 27 victims are safely home, still shocked by what happened.
But the ring was not deterred. Their second contingent still thought it could get away with taking more people on Sunday. This time they were much more prepared: they spread misinformation about their route, they took the mobile phones off all the people once they were on board the private bus, and they changed vehicles along the way. What they didn’t know was that one of their victims was in contact with Blue Dragon the whole time – someone who knew exactly what was going on. 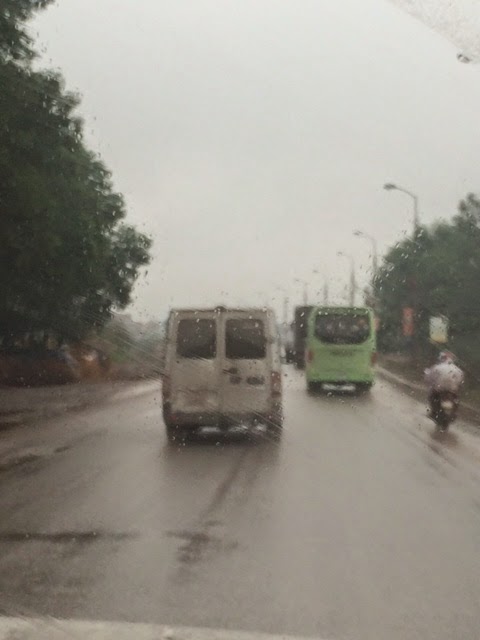 The mini-van used to traffic 16 ethnic minority people to China on Sunday
This time, we followed the bus with 16 victims to the border and waited for the traffickers to try to cross. By working this way, the police will be able to lay much heavier charges against the trafficking ring. And so we followed the bus all the way to the border with China, at which time Vietnamese police were able to stop them and arrest the traffickers. They could not believe their bad luck – they were so confident that they had done everything to stay undetected.
Their arrest revealed critical new information: 2 more buses were also heading to the border, with a total of 17 more victims from another province. These traffickers were in the process of taking not 16, but 33 people who would be sold as slave labourers and sex workers in China.
The 33 victims are tonight with police, and will start heading back to their homes tomorrow. We clearly have a lot of work to do in these communities educating people about taking up ‘unbelievably good’ job offers far from home. The people in these remote regions often have very low levels of education and can be desperate for chances to earn money; they are easy to deceive. Believing that they were going as a group gave them a false confidence; and of course they all had their mobile phones with them, so thought they could call for help if needed.
All 56 people are now safe, and we hope they will share the lesson they have learnt with their communities. Surely the trafficking ring has been brought to its knees now.
Meantime in Hanoi, Blue Dragon’s Street Outreach team has also been busy meeting homeless children. We find that they come to the city for many different reasons, including poverty at home or violence within the family. One young guy, “Tung”, turned up in Hanoi about a week ago. Tung is 15 years old, and we could see straight away that he’s a really good kid. He had come to Hanoi to earn money to help his mother, but found himself sleeping rough and being approached by the gangs and pimps who target the city’s homeless boys.
Tung stayed out of trouble, though, and we met him early in the week. He was too shy at first to tell us about himself; he feared he would get in trouble at home, as he had left without telling anyone what he was doing. By the weekend, Tung agreed for us to contact his parents, and his mother came in to the city on Sunday to meet us and bring her son home. Mum was worried sick, and so deeply relieved to have her son back. Tung is happy, too, and will be back at school on Monday. (Turns out he is in a class for gifted students). 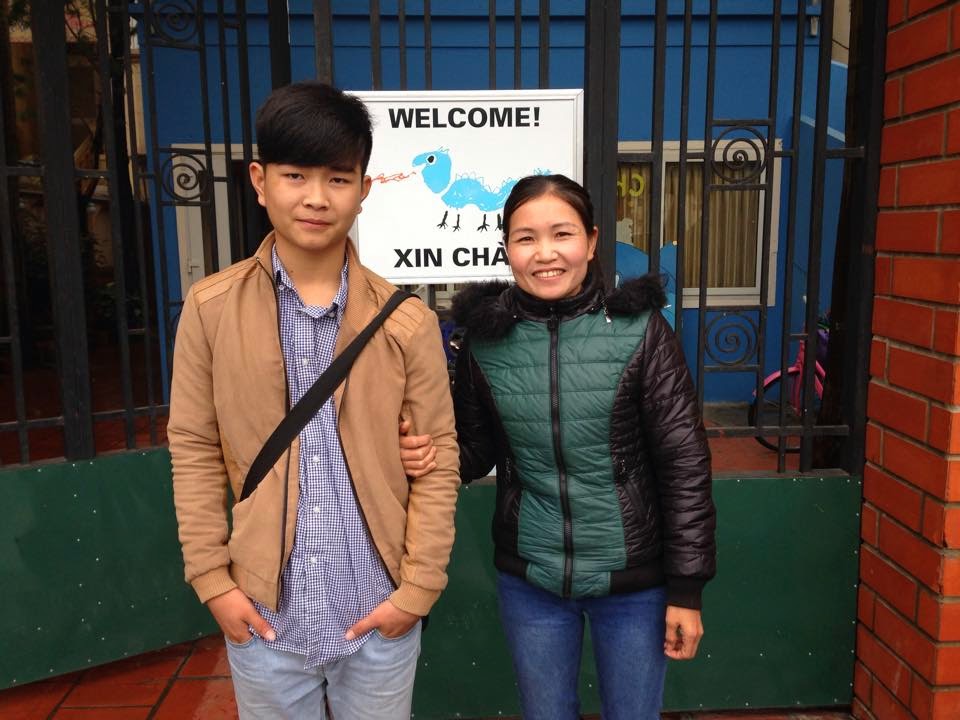 Despite the many difficult situations we encounter, it’s great to see that we can still help kids to turn things around. Street kids and victims of human trafficking alike face terrible dangers. But for all the bad that happens, there’s always hope for a happy ending.