The courage to dream

Last week, Blue Dragon’s Rescue Team completed their 100th rescue of a girl trafficked into China and sold to sex slavery. In today’s blog, we look back at the story of one of the first young women we rescued. Names have been changed for confidentiality.

In 2011, Hanh was a first year university student and four months pregnant. With the prospect of becoming a single mother, she was anxious about the future and didn’t know where to turn for help. When a kindly woman offered friendship and guidance, Hanh was most grateful.

But instead of helping Hanh, the woman trafficked her to China where she was sold to a brothel. Her dilemma of how to deal with being a pregnant uni student had become a nightmare of being held prisoner far from home, with no prospect of escape.

The brothel owners forced Hanh against her will to abort her baby. Three days later, she was put to work with her first ‘clients’. Looking back, she still cannot talk much about the horror she experienced in those first days and weeks. She had never imagined that anything like this could happen.

She was kept as a sex slave for 11 months until Blue Dragon and Chinese police rescued her. 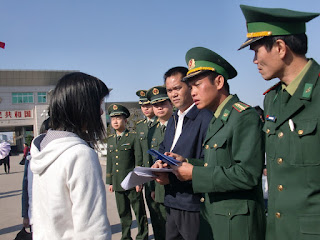 After bringing Hanh home to Vietnam, we provided her with counseling and support, including legal advice and medical treatment. Her university was reluctant to accept her back, so we visited them with some officials and persuaded them to let her return to her studies. According to the law Hanh should have lost her student status, but the school considered the exceptional circumstances and re-enrolled her.

Life was starting to go well for Hanh, and she was doing her best to focus on her course when her old boyfriend got back in contact. She was reluctant to see him at first, with all that she had been through, but finally accepted him back.

A few months later Hanh made a shocking discovery. Her ‘boyfriend’ was actually married and had a family in the countryside. Everything he had told her was a lie. Hanh immediately told him that their relationship was over; his response was to threaten to kill her if she left him.

Blue Dragon and the police met with Hanh’s boyfriend and cautioned him to stay away from her. He had thought that she was weak and easy to frighten; but seeing the support she had behind her was enough to scare him away for good.

Facing yet another traumatic experience was too much for Hanh. She dropped out of university and returned to her village, finding a job in a local factory. She despaired that her life would never amount to anything; she had lost so much.

But through all this time, Blue Dragon stayed in touch and talked to Hanh regularly. When she told us a year later that she had always dreamt of being a teacher and wished she could go back to university, we again persuaded the university to let her return. 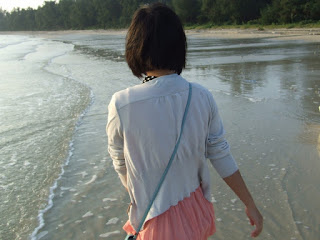 After three years of Blue Dragon’s financial, legal and psychological support Hanh is lnow about to enter her final year of study. A year from now, she will be looking for a job as a mathematics teacher.

Few of Hanh’s friends have any idea of what she has been through. Seeing her on the street, or in class, or at the Blue Dragon centre, she looks like any other young woman and fits right in with the crowd.

But to face every day and to dream of the future takes incredible courage for Hanh. She may never receive any accolades, yet she surely is a hero for making so much of life despite everything she has endured.
www.bluedragon.org