A tribute to Jerry

A great friend of Blue Dragon has passed away: the performer and Creative Director Jerry Snell.

Over the years I have met countless people wanting to join in at our centre and lend a hand. Jerry was the best of the best. He had a boundless energy that I could never quite keep up with. He would be in Hanoi today, overseeing a hip hop club at the Blue Dragon centre, and tomorrow he would be off to Taiwan to direct a multi-million dollar show before heading to the Thai border where he worked with refugee children from Myanmar. The man just didn’t stop, ever. 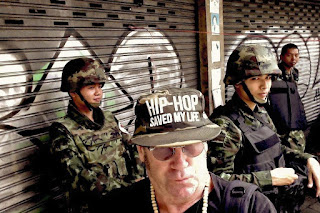 Jerry’s gift to Blue Dragon was the creation of a Street Arts club at our centre in Hanoi. He came to us with a vision, offering to set up an after-hours group that would open a door for our kids to express themselves. And that’s exactly what he did.

The kids took a particular shine to hip hop, and so the club quickly developed into a hip hop crew for both boys and girls. As someone with all the groove of a metal pole, I can only marvel at the talent in these kids. But before Jerry came along, this talent was hidden. The kids themselves had no idea of what they could do.

Jerry used to wear a hat with the saying: Hip Hop Saved My Life. Every time I see the Blue Dragon crew in action, I think of those words. Learning to dance and being part of something great has transformed their lives. It has taught them to be confident and to shine both inside and out. There are kids in the group who have never before shown commitment like this: to come on time, to try hard, to practice constantly, to follow instructions. There are kids who started with no knowledge at all and who now teach newcomers to the group – kids who I have never before seen helping others. 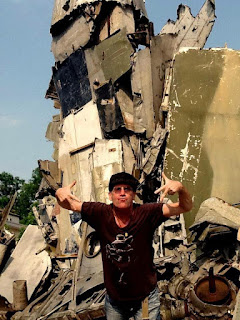 Just last week, a Blue Dragon “old boy” got married, and a group of us went to his wedding. As Vietnamese weddings usually are, it was a huge and elaborate affair. And when some dance music came on, two teenage girls who were with us headed straight for the stage and gave an impromptu performance. Both girls are members of the Blue Dragon crew; both were working on the streets when we met them a few years ago. When they first started coming to Blue Dragon, it was unimaginable that they would ever have the confidence to get up in front of a crowd of strangers and put on a show. This was simply impossible. But Jerry’s vision has turned the impossible into the normal. Without hip hop, I fear for what would have become of those girls.

Today the kids are learning of Jerry’s death, and around the world there is an outpouring of grief for this exceptional man. We will mourn his passing, but celebrate his life. Jerry lived his dream, bringing dance and creative arts to people across South East Asia. His legacy is in the connections he made: performers from Asia were connected with Cirque du Soleil and Cirque du Monde, and other artists from around the world. He didn’t try to do everything himself, but rather he developed talent, brought great people together, and coached them as they grew. His success was in giving his power away. Instead of controlling and managing, he taught and inspired, and then he moved on to help where he was needed next.

We will all miss you, Jerry, but you will long live on in dance. Your hip hop has saved our lives.