The best and the worst

In the last few weeks, Blue Dragon has been focused on intervening in human trafficking, particularly of children from Dien Bien province.

Dien Bien is a beautiful part of Vietnam, with diverse ethnic groups and beautiful scenery as far as the eye can see. But its remote location, mountainous geography, and endemic poverty make it a haven for traffickers looking to exploit children. 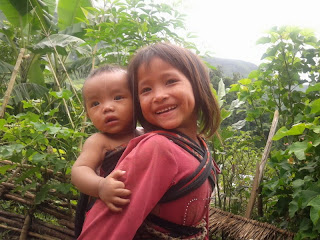 Blue Dragon’s involvement in the province began just 2 years ago. Since then we have been involved in rescues of girls and young women trafficked for the sex trade, and both girls and boys trafficked to southern garment factories. Just a week ago we rescued 16 children, aged as young as 11, who had been enslaved in factories.

The youngest had been in the factories for 11 months. They hadn’t set foot outside once.

The oldest, aged 16 or 17, had been there for up to 3.5 years. They too had not been allowed out. They were locked into upstairs workshops where nobody could see or hear them. It took Blue Dragon’s anti-trafficking team weeks of searching to find the factories, and to be sure we had the right places.

Not only were the kids locked away, but they were denied contact with their families for the first 2 years of their ’employment’. After 2 years, they were allowed to talk to their parents on a mobile phone; but the traffickers were standing right there throughout the conversation, and the kids could only speak in Vietnamese. The children, however, are all from ethnic minority communities where Vietnamese is not their mother tongue. It’s likely that their parents, on the other end of the phone, could hardly understand a word. 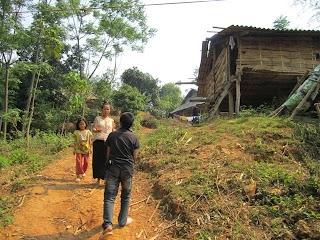 And then this week Blue Dragon represented a young woman in court, also in Dien Bien, where her trafficker was charged and sentenced to 11 years in prison. The trafficker was a young woman, in her early 20s. Illiterate and poor, she heard that she could make some fast money by tricking girls into following her to the Chinese border, then handing them over to brothel owners on the other side. Blue Dragon was involved in the rescue of this young victim some months ago, and we were glad to see the case resolved with justice done.

The traffickers, brothel owners and factory owners all know that they’re doing wrong. There’s no question about that: they try to hide their activities and do their best to avoid detection. But when caught, they all have justifications for their actions.

Without fail, they insist that what they were doing isn’t a big deal. If they didn’t do it, someone else might. The kids were poor anyway, so maybe this was a better chance for them.

It’s a sad insight into human nature that people do this. We do this. I can’t imagine a dog trading its young, and yet the most intelligent creature on earth does.

But that’s only half the story. The other half is the compassion and commitment of those who fight against trafficking: the parents who don’t give up; the kids who rebound even after years of being locked up; the police who travel from one end of the country to the other to raid factories and catch traffickers.

One of the joys of being part of Blue Dragon is that, while we see the very worst human behaviour, we also see the very best. And the best of the best is the inspiring resilience of the young people who, time and again, get their lives back together and face the future with a bravery I cannot conceive.

The fight against human trafficking has a long way to go. But as long as there is some goodness in people, there’s always a chance we will win.

← A new home Farewells and wedding bells →
×
View by:
We use cookies to ensure you enjoy the best browsing experience on our website.
By continuing to browse our site you are agreeing to our use of cookies. Please read our Cookie Policy.